Choosing from the fact that it is necessary to visit a tourist in Kazan, you can not ignore the local shrines for all nations and representatives of different faiths.

For almost five hundred years, on these lands, mosques, churches, roman catholic church and synagogues stand close to each other. A variety of faiths can come here to pour out the soul and pray with heavenly powers. The pearl of Tatarstan is the Central mosque Kul-Sharif, opened in the Kazan Kremlin. Its architecture amazes the imagination with the grandeur of the minarets and the Central vault. Attention is drawn to the symbol of the complex - a decorative tulip in the ornament, which means prosperity and well-being. The Muslim temple looks in the direction of Mecca, its blue dome on the background of snow-white walls is made in the form of caps of local khans, arches are built in the form of yurts of the Turks.

Peter and Paul Cathedral in Kazan is the main shrine of the Orthodox people. It is the most beautiful and grandly majestic, which sets him apart from the rest of the shrines of the Christian world. It is appeared due to Peter I, who celebrated his 50th anniversary in these places. By his decree, a building with lavish baroque decoration was built up. The temple goes up 52 meters, its unique architecture was created by Moscow masters of the tsarist erasThe bell tower of the cathedral reaches 49 meters in length, the legendary Kazan hours of Klimov’s work are installed on its front part. Inside, visitors are greeted by a rich stucco molding in a floral-fruit style. Another attraction is the 25-meter iconostasis of seven tiers. You will not find such a wealth of wooden architecture anywhere else in Russia. 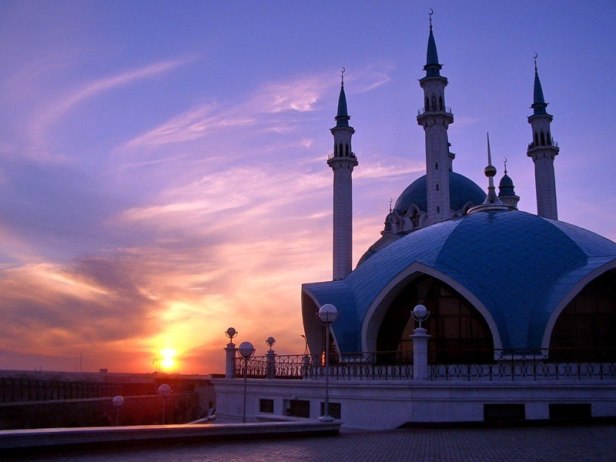